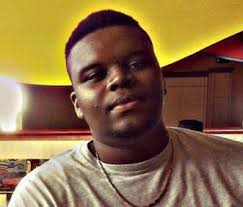 On August 9, 2014, Michael Brown, eighteen years old, was shot dead in Ferguson, Missouri. Brown was leaving school that day when he allegedly stole $50 worth of cigarillos from a local shop and had a confrontation with the store clerk after being confronted about it. The confrontation was captured on CCTV. Following this confrontation police officer Darren Wilson, twenty-nine years old, received an alert about the stollen cigarillos at the store. Brown, with his friend Dorian Johnson, were walking in the middle of a two-lane street when Officer Wilson stopped them. During their encounter, Officer Wilson became suspicious that Brown was the one who had carried out the robbery he received an alert on. What came next has varying reports, but all reports note an altercation took place and Officer Wilson’s gun was fired and Brown and Johnson ran. There are disputes whether the shots were fired as Brown ran or as Brown advanced towards Officer Wilson. Officer Wilson continued to fire more shots which hit Brown a total of six times in the head and right arm. Brown was not armed. There are disputes over eyewitness account of Brown having his hands raised above his head when the shots killed him. Following the murder of Brown, his body remained in the street for four hours before being removed.

Protests took place the next day after a candlelight vigil was held for Brown, and continued over the following weeks. A grand jury was started on August 20, 2014. On November 18, 2014, Missouri Governor Nixon creates the Ferguson Commission, an independent panel to examine race relations, failing schools, and other social and economic issues in Ferguson. The grand jury released their verdict on March 4, 2015, after an analysis of the shooting that weighed physical, ballistic, forensic, crime-scene evidence, and statements from eyewitnesses. Their verdict was to not indict Officer Wilson for the shooting. In addition to this verdict, the U.S. Department of Justice released a scathing report noting racial bias in the way police and courts in the community of Ferguson treat Black people.

Officer Wilson resigned from the Ferguson Police Department on November 29, 2014. Supporters of Officer Wilson raised half a million dollars that allowed him to buy a new homed and pay their legal expenses. Officer Wilson has received death threats following the grand jury ruling. On April 23, 2015, lawyers for Brown’s family sue the city of Ferguson, Officer Wilson, and Police Chief Jackson. After seven months of negotiations the city of Ferguson announces a tentative deal with the Justice Department to reform the city’s policing and municipal courts, the announcement came on January 25, 2016. On February 9, 2016, Ferguson’s City Council unanimously voted to revise the agreement with the Justice Department due to stated financial expenses that could have lead to the dissolution of Ferguson. The Justice Department responded by suing Ferguson. The suit is ended on April 19, 2016, that requires sweeping reforms of the city’s police and court systems. A federal judge in St. Louis approves a wrongful-death lawsuit settlement that awarded Brown’s parents $1.5 million.

Prior to all of this, Michael Brown was a teenager who enjoyed playing video games and spending time with family and friends. Eight days before he died, Michael Brown received his graduation certificate from high school and planned to start college the following Monday where he would study to be an HVAC technician. 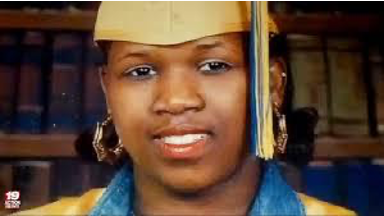 On November 12, 2014 Tanisha Anderson was 37 years old when her family called 911 for help with a mental health episode she was having. Help was needed on two separate occasions that night and it was the second call to 911 that brought Detective Scott Aldridge and Officer Brian Meyers to the Anderson home. The family allowed the officers in and between Tanisha’s family members and officers they convinced her to go to the hospital for a psychiatric evaluation. The officers walked Tanisha out and had her in the police cruiser with her feet still on the ground.

What happened next is disputed by the family and officers involved, but whatever happened resulted in Tanisha laying handcuffed on the pavement not breathing within 30 minutes of the second set of officers arriving. In a statement the night Tanisha Anderson died, the Cleveland police department noted that the officers placed her in handcuffs because she was resisting them and once in the police car she began to kick them. The statement continued by saying “short time later the woman stopped struggling and appeared to go limp.” Her family has shared that it was Detective Aldridge who slammed her on the pavement and put his full body weight on her. The officers said Anderson kicked them while she was on the ground on her back. The officers noted that Anderson’s brother Joell told them she was fake sleeping, while a witness told investigators that it was the officers who claimed she was sleeping. The coroner determined that Anderson’s death was a homicide, citing multiple abrasions and contusions on her body, as well as a fractured sternum. Tanisha’s death was witnessed by her family who had called 911 for help - her mother, brother, and daughter.

Since her daughter’s death, Cassandra Anderson has been advocating for better training for police officers when they are called to a situation where a mental health episode is involved. The Cleveland police department now has procedures outlined in a consent decree, imposed upon them by the US Department of Justice, for more thorough training in responding to those experiencing a mental health episode. The Anderson family feels as though this is a significant step forward.

Following an investigation into the case, Detective Aldridge was suspended 10 days without pay and Officer Myers was issued a written warning. At a later ruling, an arbitrator reduced Aldridge’s suspension to 3 days. Both officers were cleared of any criminal wrongdoing by a Cuyahoga County grand jury in February 2019. The city of Cleveland paid more than $2 million to settle a civil lawsuit with Anderson’s family. 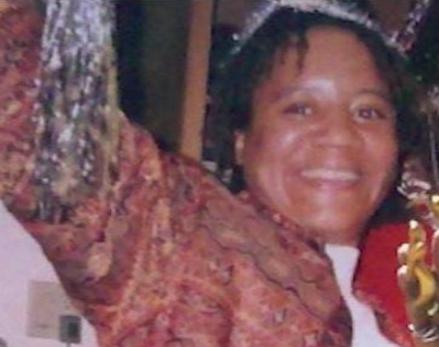 Michelle Cusseaux (1964 - August 14, 2014) was an African-American woman. Not too much is revealed in police reports or news articles but what is known is that she lived with mental health struggles and her mother Fran Garrett was a strong advocate for her. On August 14, 2014, in Phoenix, AZ Michelle was home when police officer, Sgt. Percy Dupra, arrived to fulfill a “pickup order” that would bring her to a mental health treatment facility. She did not trust the office and spoke to him through her door explaining her concern and noting that she would not leave her home. Michelle’s mother, Fran Garrett, told the officers that she did not have a weapon in the house and Michelle told the officers the same thing that day. Rather than give Michelle time to understand what was taking place and build trust with the officers, Officer Dupra ordered an Officer Anderson to pick the lock on her residence. Upon opening the security door, the officers saw Michelle opening her front door holding a claw hammer and the officers saw this to be a threat and responded by shooting her. Michelle was taken to a nearby hospital for her GSW to the chest and was pronounced dead shortly after. In later reports, Officer Dupra said it was the look on Michelle’s face that caused him to fear for his life because he was certain she was going to hit someone - he or the other officer - with the claw hammer.

Following the shooting of Michelle Cusseaux her mother organized those in her daughter’s community to demand the US Attorney’s Office investigate her daughter’s death. In October 2014 the Phoenix Police Department announced the creation of a Mental Health Advisory Board to inform the department’s policies. The department also created “mobile crisis teams and crews of behavioral-health specialists, and mandated a decreased focus on arrest in favor of providing needed services and increased supervision by trained officers when executing 'pickup orders' like the one that brought officers to Michelle Cusseaux’s home. Ultimately, the Phoenix Police Department found that Officer Dupra violated departmental use-of-force policies, and he was subsequently demoted but not prosecuted or fired.”*

Michelle’s story is one that has brought together those in the mental health advocacy world and those in the police reform and accountability work. These two areas of advocacy and organizing are seeking for greater care of and additional training around those experiencing a mental health crisis and how an officer is to respond. Officer Dupra did not receive charges even though he was found to have acted outside of proper protocol those seeking justice for Michelle are grateful some action was made around more informed responses to those experiencing mental health crisis.

*quote pulled from Literary Hub’s July 31, 2017 article “Mental Illness is Not a Capital Crime: On the Disproportionate Impact of Police Violence on Women of Color” by Andrea J. Ritchie 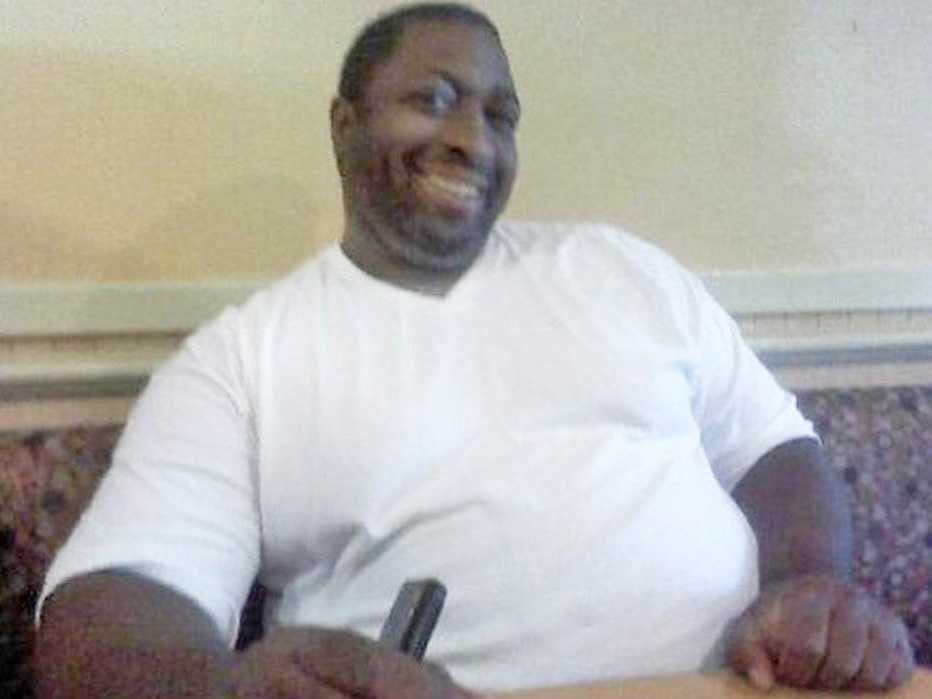 Eric Garner (September 15, 1970 – July 17, 2014) was an African-American man. He was a horticulturist at the New York City Department of Parks and Recreation before quitting for health reasons. Garner, who was married to Esaw Garner, has been described by his friends as a "neighborhood peacemaker" and as a generous, congenial person. He was the father of six children, had three grandchildren, and at the time of his death had a 3-month-old child.

NYPD officers approached Garner on July 17, 2014 on suspicion of selling single cigarettes from packs without tax stamps. After Garner told the police that he was tired of being harassed and that he was not selling cigarettes, the officers attempted to arrest Garner. When officer Daniel Pantaleo placed his hands on Garner, Garner pulled his arms away. Pantaleo then placed his arm around Garner's neck and wrestled him to the ground. With multiple officers pinning him down, Garner repeated the words "I can't breathe" 11 times while lying face down on the sidewalk. After Garner lost consciousness, officers turned him onto his side to ease his breathing. Garner remained lying on the sidewalk for seven minutes while the officers waited for an ambulance to arrive. Garner was pronounced dead at an area hospital approximately one hour later. The medical examiner ruled Garner's death a homicide. Specifically, an autopsy indicated that Garner's death resulted from "[compression] of neck (choke hold), compression of chest and prone positioning during physical restraint by police".

On December 4, 2014, a Richmond County grand jury decided not to indict Pantaleo. On July 13, 2015, an out-of-court settlement was announced in which the City of New York would pay the Garner family $5.9 million. In 2019, the U.S. Department of Justice declined to bring criminal charges against Pantaleo under federal civil rights laws. A NYPD disciplinary hearing regarding Pantaleo's treatment of Garner was held in the summer of 2019; on August 2, 2019, an administrative judge recommended that Pantaleo's employment be terminated. Pantaleo was fired on August 19, 2019, more than five years after Garner's death.

The #SayTheirNames campaign encourages publications and social media users to not just identify victims of police brutality by the incidents that killed them but to focus on their individual humanity and use their names. 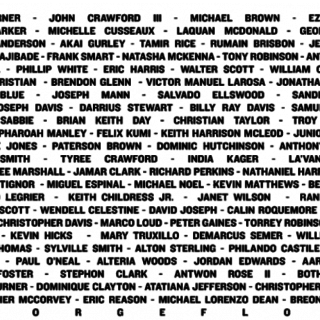 As we #SayTheirNames, we invited the Calvary community to pray for justice and peace for those who are impacted daily because of their race caused by the systematic oppression of White Supremacy. As you read of their deaths please discern what actions you will take to work to end White Supremacy and protect the lives of our BIPOC* siblings.