Hi Calvary readers!
It's my privilege to write to you this week in our pastoral letter. Recently I embarked on the great journey of owning a delicate orchid plant, a peacock calathea, and a rattlesnake calathea. (What is it about a pandemic that makes you want to buy a bunch of plants?) I haven't had much luck with plants in the past, but experience is the best teacher, and I'm hoping to get better. 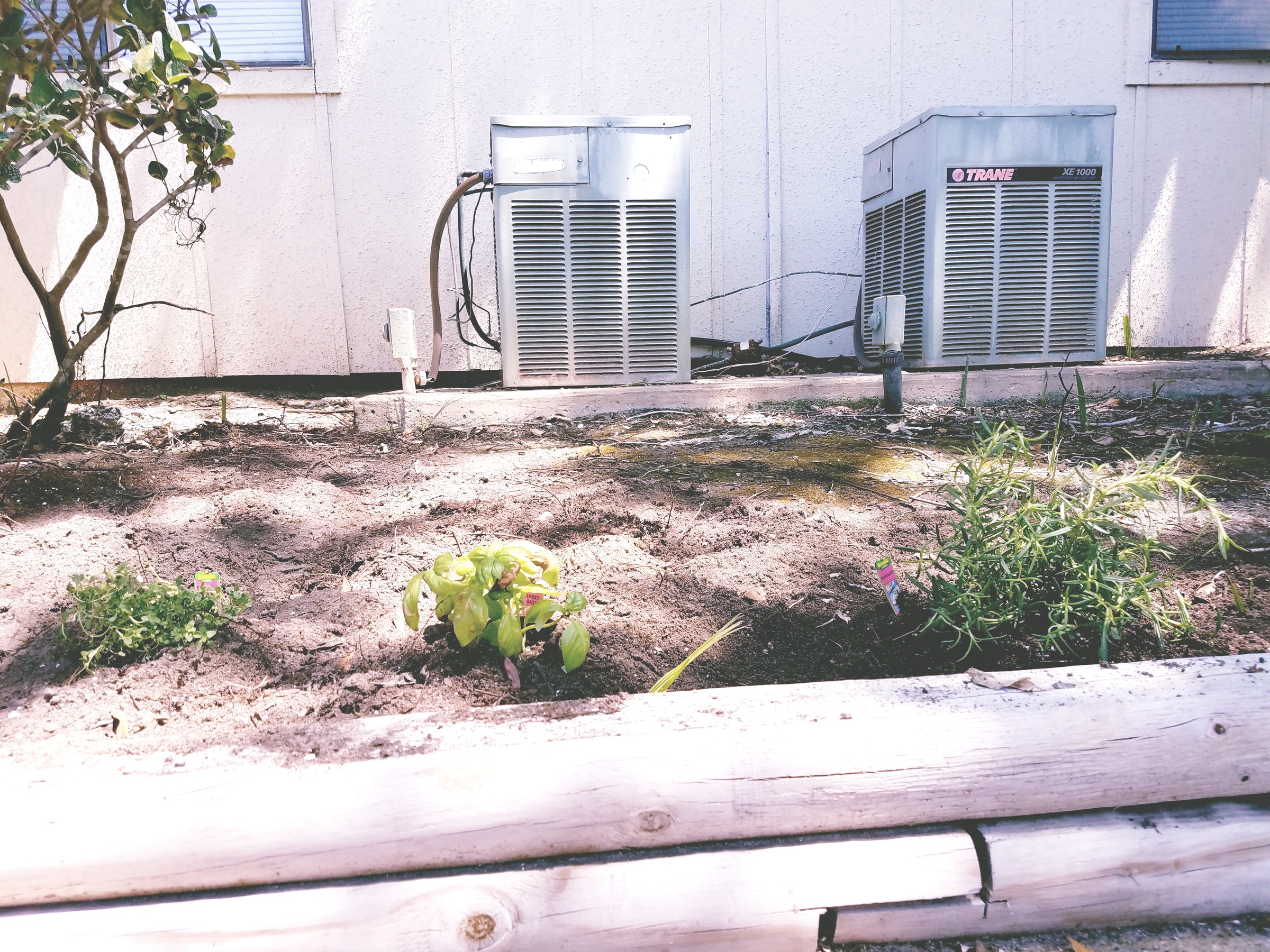 There are several lessons that I've learned in caring for plants. In Florida, I planted a bunch of things in the dirt patch outside our apartment. The first things I planted were herb seedlings- and I was so excited. I went out the next morning to check on them and they were completely eaten by slugs (slugs in Florida are on a totally different level)! My poor little seedlings never recovered. First lesson: there will be forces that want to steal your life energy from you, and you have to protect yourself from them. I armed myself with some Diatomaceous earth and some fungicide, and my rose plants bloomed beautifully as long as I patrolled them nightly for slugs. 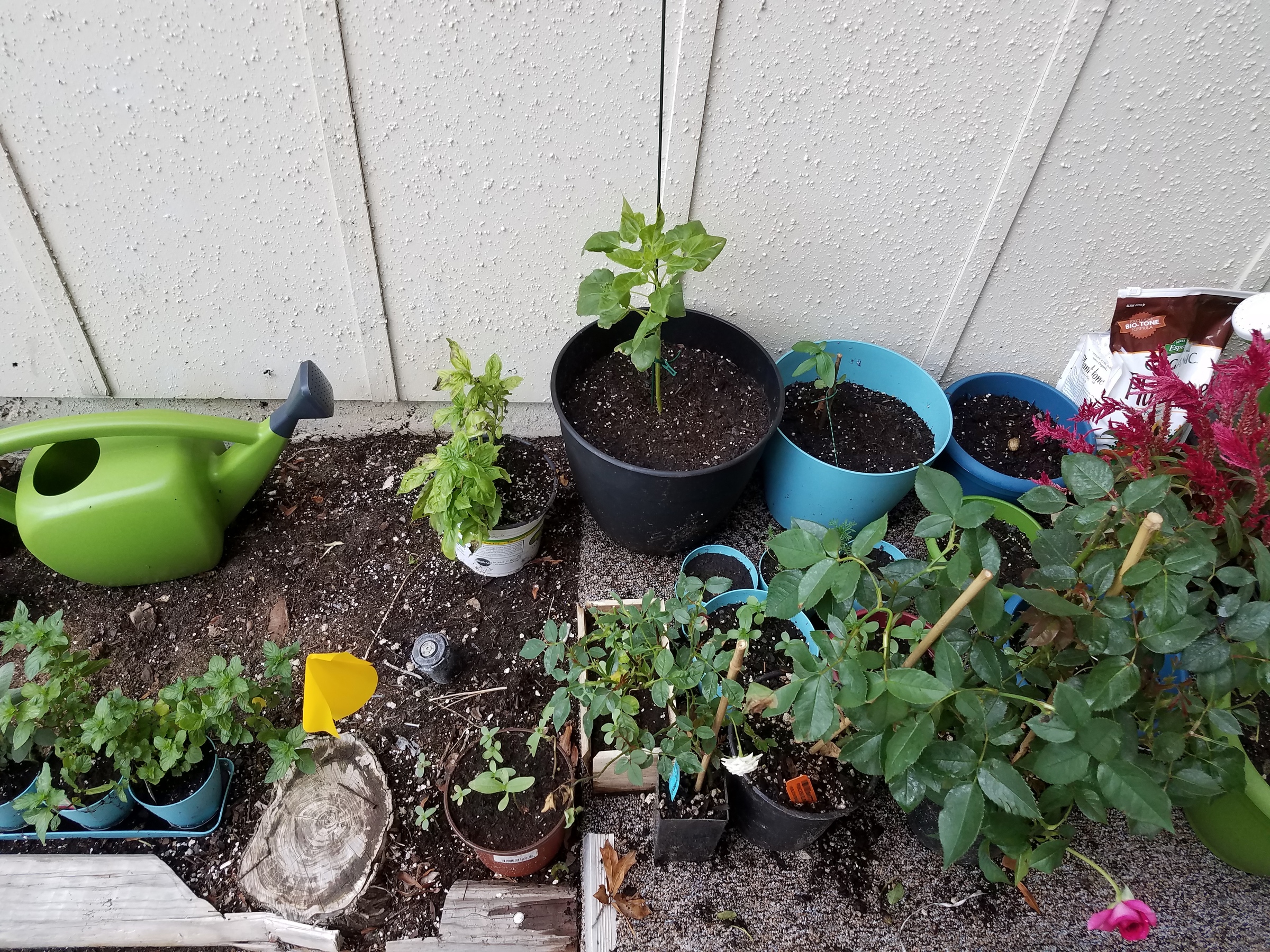 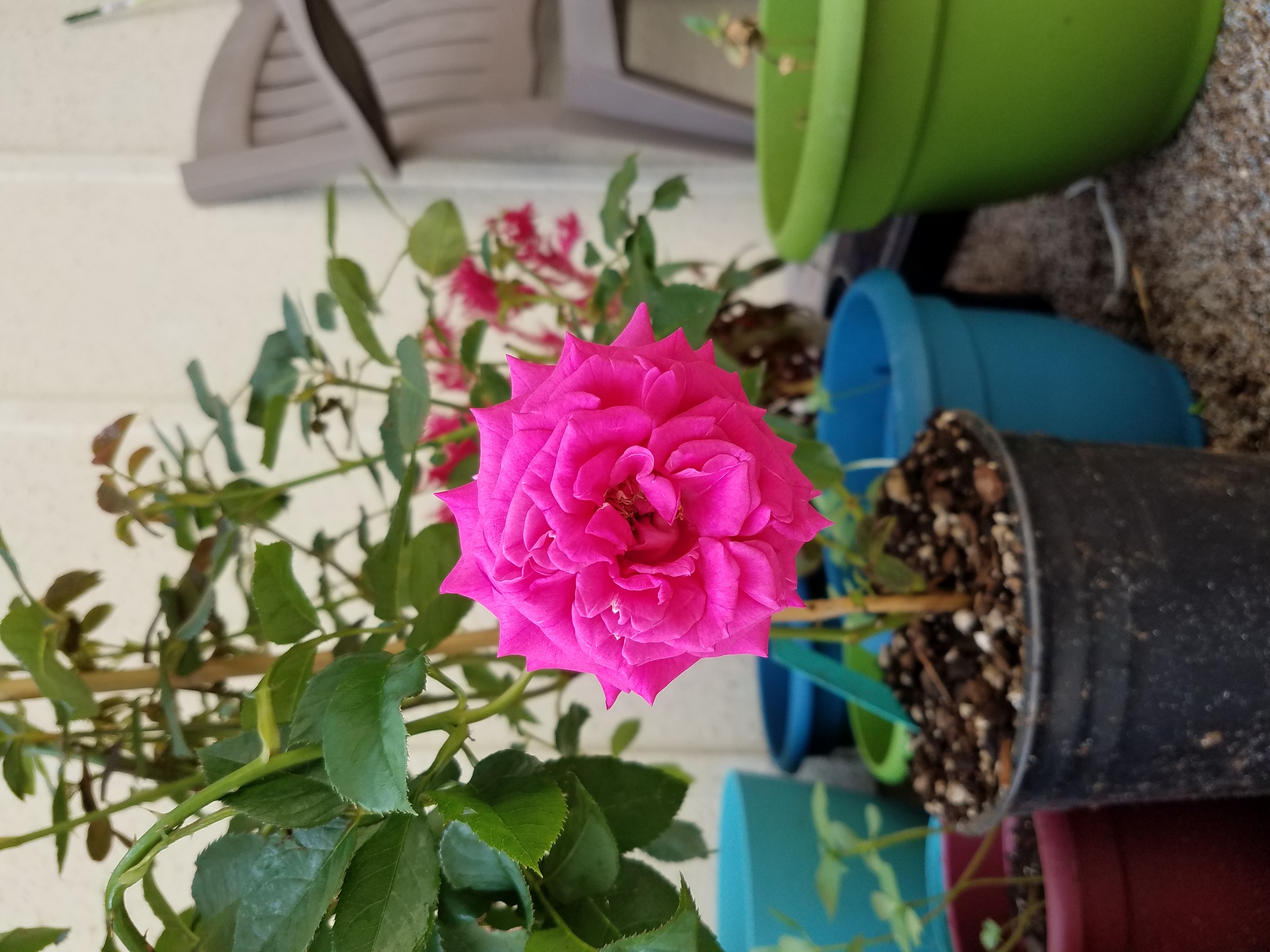 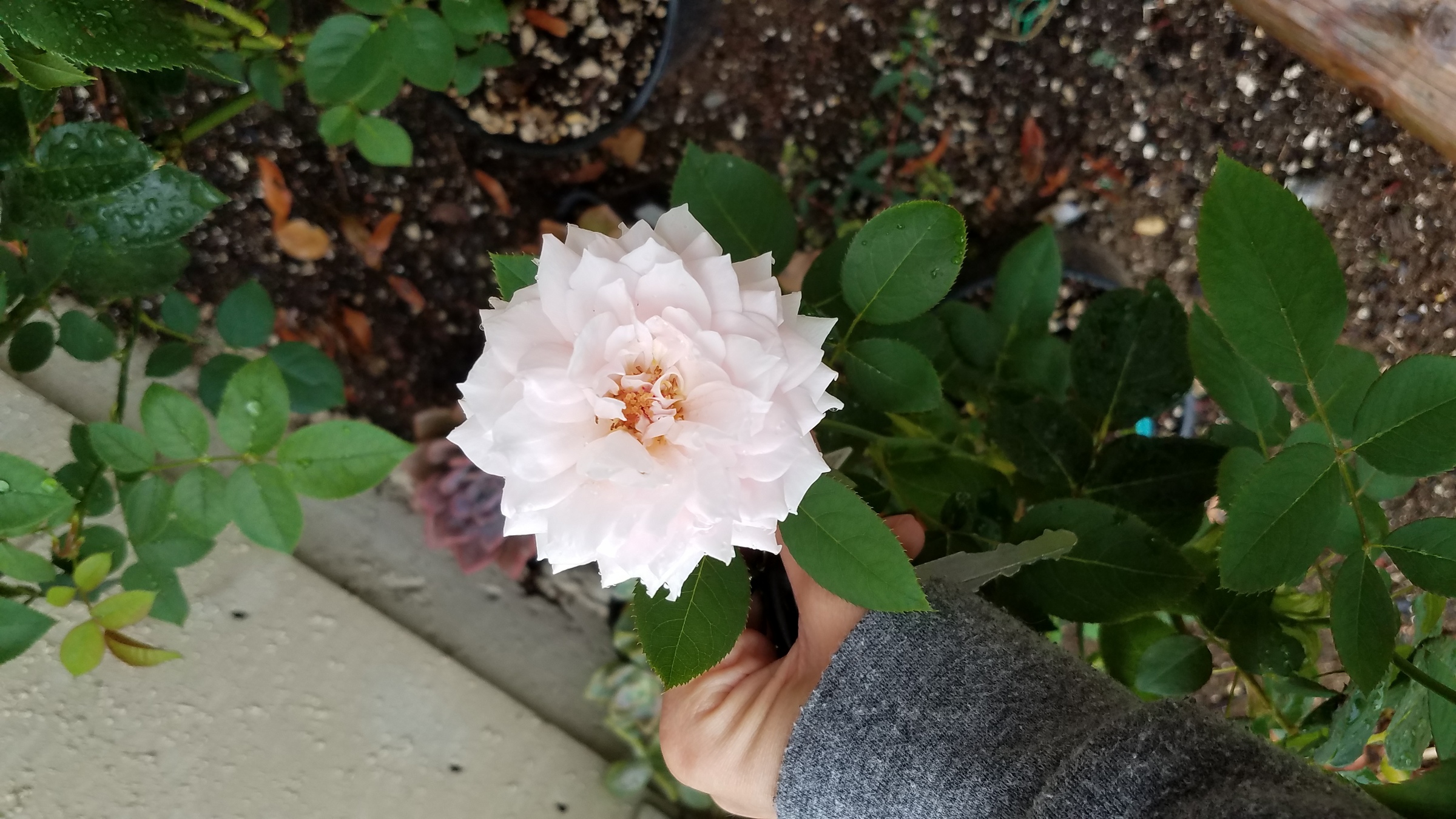 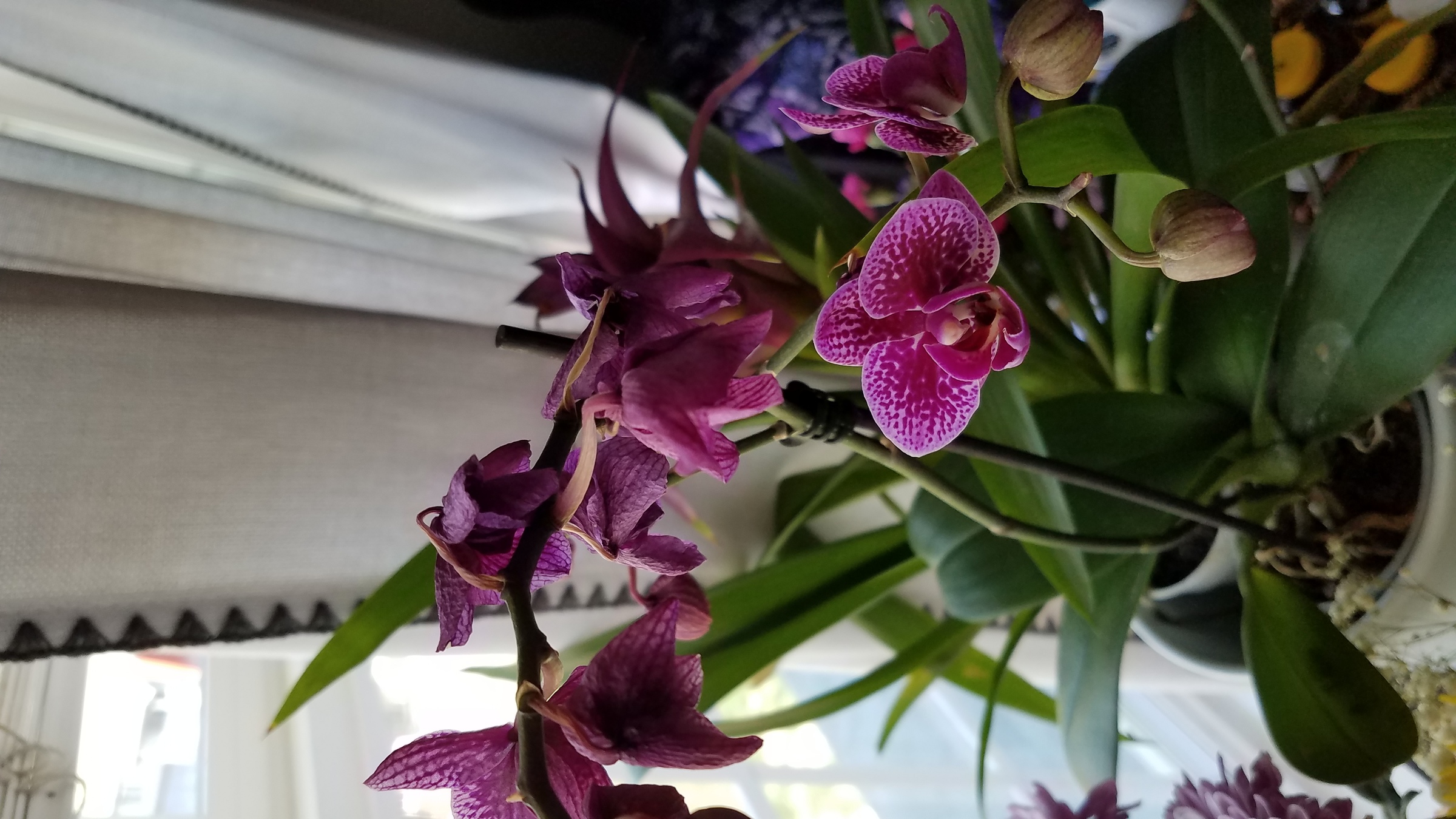 (Pictures are from my garden in Florida.)

When we moved to Denver, I didn't have a dirt patch any longer, just a 3x6 feet deck. But the former tenant had left window boxes and a wooden lattice, reducing the deck's space by half, and so I planted little flower babies in them. I picked the wrong kind of flowers because they immediately dried up in the Colorado sun. I tried to resurrect them but they never recovered. Second lesson: know your limits! (This past year I decided to go to my local garden center and ask for the most sun tolerant plant with pretty blooms. Now I have two bright pink geraniums that are doing great.)

Next I tried to grow vegetables. I dreamed of walking out to my deck and plucking tomatoes for dinner. I got the seeds and the right dirt and fertilizer, and soon had little tomato, pepper, and squash plants growing. But eventually I noticed there weren't any little fruits forming. I looked it up and apparently I was missing pollination from the bees. Our deck is right on Hampden Avenue and we don't have any bees who visit. Even after trying to pollinate with a paintbrush, no fruit formed. And the season ended with fruitless plants. I don't even have a picture because I was so frustrated by my failure. Couple that with having a birdfeeder with no visitors for a year! Lesson three: you can't do everything, and you need to ask for help!

Finally, I resigned to my fate that I needed low-maintenance houseplants. Of course I decided to buy an orchid (very high maintenance plant!). I have somewhat learned my lesson and asked for help early from a friend who is an orchid fiend. She told me early on to get some fertilizing spray, and that eventually my orchid would start to drop its blooms and its branches would dry up- but it wasn't dead! It was entering a resting phase. It might be a whole year before it shoots up another stem. "It's the long game with orchids," she said. Sure enough, its branches dried and browned, and now I just have a plant with thick leaves. But despite its appearance, it is very much alive! I've learned several lessons with my orchid: take the time to rest, and you don't have to produce something to be valuable. Beautiful things take time; don't be discouraged if you don't have results right away. Sometimes it's nice to let go of what once was, and take a little nap.

I think God made the world because creating and watching things grow is a delight, and that delightful feeling is often stronger than the disappointment when your creation fails in one way or another. Creation can teach us so many things. What life lessons have your plants taught you? I'd love to hear them!

Take care of yourselves. I miss you all!
Alice