On January 6th, the day in the Christian year when we celebrate Epiphany and recall the story of the magi following a shining star to find and worship the Christ Child – the Light of the World, we in the United States of America witnessed a celebration not of Light, but of White: white privilege, white supremacy, white Christian nationalism. 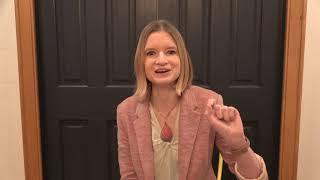 Video version of this message

We saw, not wise ones discerningly following the guidance of a Star leading to the birthplace of humility, love, and grace, but conspiracy theorists and white nationalists following the rally cries and lies of the President as they stormed the Capitol, the birthplace of white supremacy. In this way, what we witnessed on Wednesday was not a surprise unannounced visit like the magi had with the holy family in a foreign land, but more like an anticipated homecoming of four hundred plus years of condoned white privilege, white supremacy, and white Christian nationalism walking right into the place that raised them. It was not the epiphany we were hoping for, was it? For it did not reveal something of the divine, but revealed what we no longer even try to conceal: the fact that we are not united…as states, as political parties, or even as Christians. We are broken and divided, and continue to collectively choose harm over healing.

I want to acknowledge all the emotions you might be feeling about the events of this week. From the senate election in Georgia to the attack on democracy at the Capitol to the counting of electoral votes on Wednesday night to the pandemic to whatever else is going on in your own life – it’s a lot. And it is so hard not to see your faces and be together right now. Since I cannot sit with you in this moment, but I’ll say this: no feeling is off limits in our faith. Do your best to care for yourself in the midst of this continual trauma. Celebrate historic victories. Mourn historic tragedies. And for those in our Calvary family who are hurting in a way that we who are white cannot understand – I remind you of these truths: you are beloved, you are worthy, God delights in you, God detests every single time you are marginalized and dehumanized and discriminated against. And even when your country fails you and even when we your church family fail you, God does not fail you. Contrary to what many espouse to be true, God did not reveal God’s presence to the world through whiteness, God was born into the world wrapped in brown skin. And while the hues of God’s image are infinite and we are all beloved children, as one who only knows what it is like to live in a country that privileges both my white skin and my Christian faith, I trust that where my words fail, God’s grace prevails.

The attack on the Capitol was horrific and surreal, and yet, I was not surprised. Of all the emotions I’ve been processing – it’s this feeling of not being surprised – that is most disturbing to me. What does it mean that I am not surprised that supporters of this President would storm the Capitol promoting fake claims of a stolen election and not be met with the same resistance as Black Lives Matter protestors, who were actually protesting the loss of real, flesh and blood lives? And I am not questioning individuals who put their lives on the line to protect people at the Capitol, this is so much bigger than what happened Wednesday. Many are asking this question and it haunts me: Why are black lives gasping for literal life and breath met with tear gas, riot gear, bullets, and knees while Trump supporters who are grasping for power and control are allowed to break windows, scale walls, show off their KKK tattoos, carry confederate flags, and stop for a selfie? No amount of propaganda or backpedaling or reframing can cover the truth of what the photos from Wednesday reveal: people were zealous to dismantle and desecrate our democracy, and many were doing so in the name of Christ and in the name of freedom. As ones who also claim the name of Christ, and as Baptists who espouse religious freedom for all, we must ask ourselves: where is our zeal for dismantling white supremacy and Christian nationalism in the name of the Prince of Peace?

Sometimes our faith calls for uncommon courage, but sometimes it just calls for commonsense. In what world, in whose world, is it okay to heed the words and leadership of a ruler who not only repeatedly fails to denounce hate groups, extremists, and insurrectionists but actively provokes them? In what world would we ever follow someone who deliberately lies and manipulates the truth? Certainly not in the kin-dom of God… not in the world that Jesus entered into as the “Word made flesh, dwelling among us, full of grace and truth,” (John 1:14).

When the wise ones were on their way to seek Jesus, King Herod was so full of fear that he was plotting a way to get rid of this baby who was born to a poor couple with no power or prestige to their name. In the moment when the wise ones choose to go home by another way and not feed Herod’s insecurities, fear, pride, or power –they are using commonsense; they simply do not want to commit harm or conspire with violence. They are warned in a dream not to go back the way they came, not to return to Herod, and they heed the warning. No justifying or second-guessing. They go home by another way (Matthew 2:12). They are wise enough to know right from wrong and that going back the way they came was wrong. It was not up for debate; it was not an ethically grey situation. They knew Herod’s track record: he was so afraid of losing power, of not being the guy in charge, that he killed two of his own sons! So it is not a surprise that when the wise ones go home by another way and don’t tell Herod where Jesus is, Herod does the unthinkable to protect his power – he orders all boys age 2 and under killed. We read this story now and think what a sick man Herod was, how insecure, how power hungry, how violent and vengeful. We assure ourselves that we would never return back to Herod either, that we would be wiser too, that we would never go back to a leader who would want to hurt anyone, let alone the most vulnerable in our midst!

Yet I fear that we have gotten so accustomed to the Herods in our world, even in our own country, that we just keep returning to them because it’s the only way we know. We sigh and lament, but we give away our power and voice when we resign ourselves and say “it’s just the way things are.” We must stop the gravitational pull of being on autopilot in how we live out the conviction of our faith in this country. It is privilege; and it is deadly. We can no longer keep going back the way we came…the way our country has come. Using courage and commonsense, we must make our way home by another way – even if that way feels unknown to us or even uncomfortable and unwelcome. How much faith did you think it took for Mary and Joseph to leave their home and flee to Egypt – the very country that enslaved their ancestors? And yet they did. Because they trusted that the past does not have to be the present or the future. That sounds a lot like the Way of Jesus, the Way of Grace, the Way of Liberation…that the land that enslaved the ancestors of the Savior of the world can become the land that saves the very life of that Savior who would then, of course, save all of us. Our country is lost right now yes, but all is not lost.

We celebrate the magi for their trust in a star as they wander their way in wonder to the manger, but we don’t celebrate them enough for the courage and commonsense it took for them – after they met Jesus – to look not just up at the stars, but to look down at their feet to ensure the way upon which they were walking was the Way of Jesus – the Way away from Herod’s way of Pride, Power, Ego, and Violence and the Way to something unknown yet inexplicably better – the Way of Hope and Liberation and Saved Lives. The Savior of the World’s life was spared because of the way they chose. What may have seemed like a small decision in the moment, changed the course of history. Our lives are full of these moments. We must be like the wise ones after they met Jesus. We, too, must go home by another way, because the Way of Herod will just lead us to more days like Wednesday. As someone said this week, “words shape worlds.” The Way of Christ, the Word made Flesh – does not let anyone go by the wayside but nor does it turn a blind eye from those who harm others – including us. The Way of Christ is a Way of Accountability and Action, as much as it is a Way of Prayer and Processing. We cannot walk toward Power and Privilege and toward Peace and Presence at the same time. It is impossible. Which Way will we walk?

As people of faith, sometimes our call comes in a crystallizing moment as clear as a star in the sky or a voice that points us in a different direction. Unfortunately, unlike the magi, our warning this week came not in a dream but in a nightmare of a reality. Let’s not miss this warning. We’ve missed so many before. By God’s grace and goodness, Epiphany is a season not a day. We have not missed our chance.

Calvary, I’m praying for you, for our country, for our leaders, for those in harms way, for those causing harm. Lord have mercy – on all of us. And may the liberating Spirit of God be revealed in and through us. It is with humility that we must become the wise ones; leading our country home by another way, beginning with ourselves but not stopping until we honor the wisdom of those we have silenced for so long. We don’t reach Liberation without walking this way together. Will you commit to take one action step – big or small – that denounces and derails the way of Herod? Will you commit to take one action step – individually or communally – that allows you to follow more fully in the Way of Christ? If you do not know what those steps look like, talk to another Calvary member or a trusted friend or talk to your pastors – we are learning to walk in this way too. And we need companions.

There is another way. And we make that way by walking it…together,