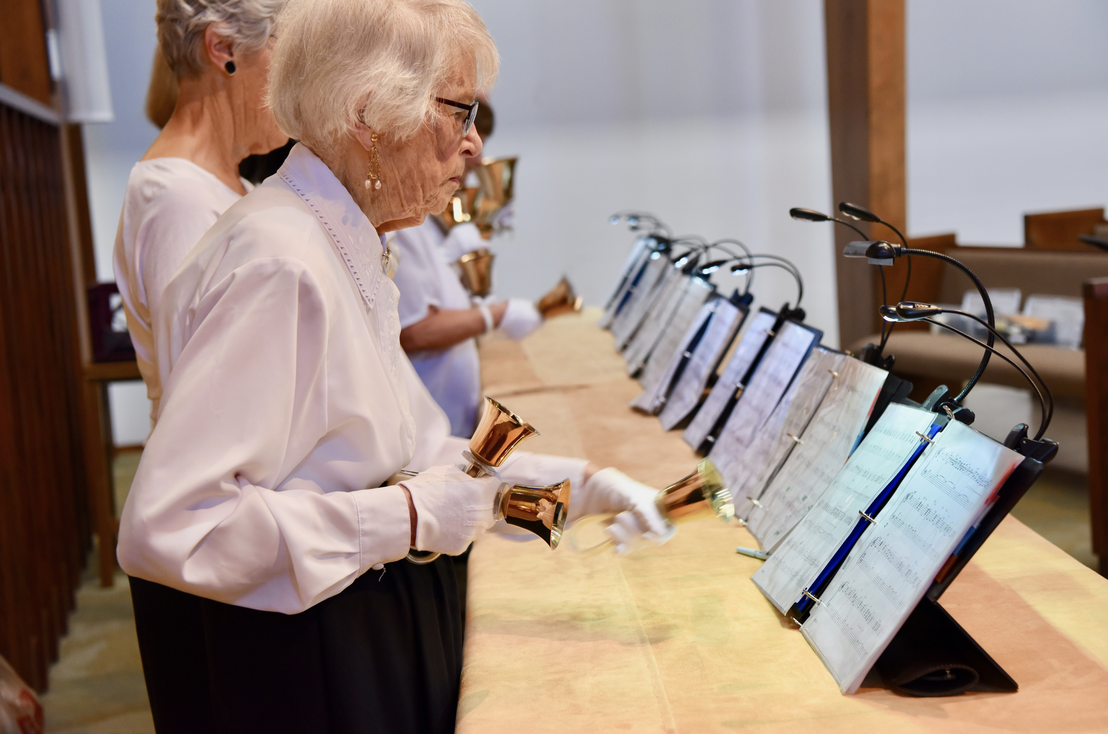 While I am sure she would not refer to herself this way and is perhaps embarrassed when others do, Marvel Fisher truly is a MARVEL -  definition,  "One who causes wonder or astonishment."  At age 99, Marvel lives her name.  She is vibrant and gifted in many ways and ever eager to learn something new.
Marvel Miriam McFarlin was born on November 18, 1922 in the tiny town of Burchinal, Iowa.   Her parents added 5 girls to the world in 7 years, sadly one died in infancy.  With a pianist mother, all of the girls were introduced to music.  Marvel is a pianist who loves music and throughout life expanded her enjoyment and musical gifts.
Following high school in Mason City, Iowa where she grew up, Marvel attended Junior College in Mason City and them received her BA at The Univ. of Minnesota.  It was in Rochester, MN where she received her nurses training.  One of her early nursing jobs was at Children's Hospital in Denver.  The career she really wanted was as a midwife. It was not then a respected medical specialty.
In 1946 Marvel met Glenn Fisher at a Roger Williams Fellowship gathering in Mason City, Iowa.  Glenn was a student at University of Iowa.  They were married in Mason City on September 4, 1949. There are three Fisher children, Paul, Gary and Rhonda.  At the time of Glenn's death in 2018 they had celebrated  their 69th anniversary.
Glenn's education led to a PhD with primary focus on research and writing in the field of Economics and Finance.  He was brilliant and highly respected in his field.  His education and career took the family to South Carolina, Wisconsin, North Dakota, Illinois, Kansas and ultimately retirement from Wichita to Holly Creek Senior living in Denver.  One sabbatical  for Glenn gave the family time to tour Europe and all skied in Austria.  The Fishers began attending Calvary in 2012.
Glenn was ahead of his time suggesting Marvel pursue her career after marriage.  Marvel chose full-time parenting and homemaking and in so doing found real meaning in the life she was living.  She faithfully cared for her family while at the same time refining her gifts.  Marvel is an accomplished and gifted seamstress who has made all of her clothes. She is a musician, who has continually  taken classes to enhance her skills, such as voice lessons to be her best in any choir she joined, has directed 7 Bell Choirs over the years, and her first bell choir directing job was at Green Lake, Baptist Assembly ground. She is a painter whose medium is oil, and who will have her own art show at Holly Creek in early March.
Currently she sews four baby blankets a week, for which she gets paid 2 cookies.  She plays piano in a duet group and is often paired with Sara Sieker.  She is active in Bible Study and other small groups at Holly Creek. She is faithful in learning daily news.
Looking back on her life she said, "I have had a good life and had a good marriage."  I told her I thought she would make 100,  she replied, " I exercise every day and keep busy in an effort to never need oxygen or wheels of any kind to get around.  I asked if I could see her the day following this interview and she responded, "Call first, there may be a class I could take." Indeed she is a life-long learner.
An incredibly full and well lived life, in fact a Marvelous one.