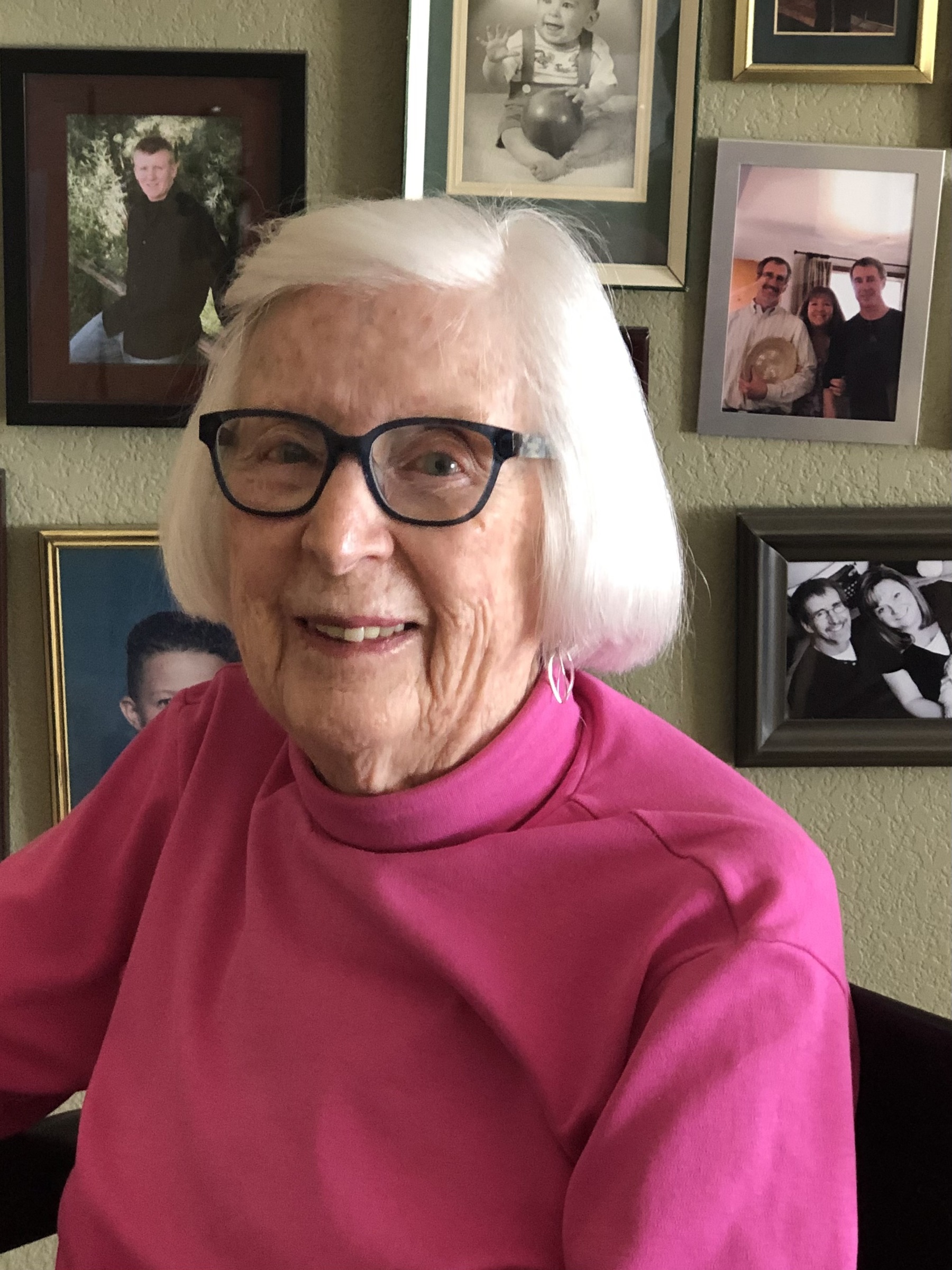 Dena Rebecca Edgecomb Stanton was born February 10, 1926 in Limestone, Maine, a town  bordering Canada.  Her parents, Raymond and Stella, were potato farmers who taught the value of work early to their 6 children.  Dena, the oldest at 12, was the driver of the potato truck that carried the barrels of potatoes to the potato house.  She also picked potatoes on her hands and knees.

Her childhood was in a big happy family that not only worked hard, but played with great joy. The play included the siblings and a bunch of double cousins.  Dena's dad's sister married her mother's brother. The family table often saw the produce of the farm.  Dena chose not to eat the beans when served, but loved hot dogs and her favorite, macaroni and tomatoes. In a family with 6 children a doctor was sometimes needed.  Thankfully doctors then made house calls   One of those calls was memorable when the doctor decided it was time for Dena and one sister to have their tonsils removed.  The ironing board was the surgical table. On Sunday, the family attended The Methodist Church.  The children were raised to practice the Golden Rule.

Some families have "hair raising experiences".  The Edgecombs had a "roof raising experience" on the day the home was struck by lightning and the roof was literally raised enough to see out of the space between walls and roof.

Dena graduated from Limestone High School, in a small class of 25, from which she made lifelong friends.   Dena has mastered friendship throughout her 96 years.

After High School, Dena entered the nursing program at Eastern Maine General Hospital in Bangor.   She was part of the USA Cadet Nursing Corps from 1944-47, an accelerated nursing program signed into existence by President Roosevelt June, l943.  At the close of three years she earned her RN with specialty in Surgery and ER Nursing.  Her education was tough, thorough and taught resilience.

Seeking adventure, Dena and a friend traveled to St. Petersburg, FL. While living at the beach they worked at St. Anthony's Hospital.  In l951 ready for a new adventure they drove to Denver.   A wise move, for in Denver, on a blind date, she met her future husband, Tom Stanton.  Tom went to CU on the GI Bill.  He earned a teaching credential and taught English at the Emily Griffith  Opportunity School in Denver.

Dena meanwhile worked in surgery at Rose hospital from l951-1953. She worked for two doctors whose offices were located in a medical building at which Calvary Member, Wanda Bosselman, worked.  The friendship with Wanda  eventually brought Dena to Calvary.

Dena and Tom were married in the Basilica of the Immaculate Conception on April 23, 1955.  There are three children, Mark, Kathy and Steve, six grandchildren and one great grandson. Dena retired from nursing in l983. ElderHostel trips awaited them. Sadly Tom died too early in 1999.

In 2020 Dena moved from 3857 Wabash, her home for 54 years, to the Lakewood Estates, a senior independent living facility near daughter Kathy.  She reads, knits, does needlepoint, makes warm hats for homeless, stays current on news and stays fit.  She loves to play dominoes and lunch out. Dena was very present and active at Calvary before her west side move.

Dena is amazing:  Gentle and kind, caring and compassionate, resilient and flexible, engaging and loving, humble and happy.  She has a clear mind and warm heart.  As she reflected upon her life she said without hesitation, "I have been very fortunate." It has been our good fortune to be blessed by her.